Life Expectancy For People With Chronic Glaucoma Is 12.8 Years 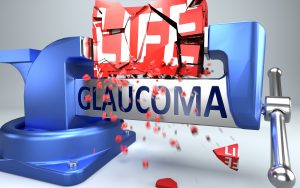 Glaucoma And Your Overall Health

Glaucoma can ruin and destruct life. The average life expectancy of people with chronic open-angle glaucoma is approximately 12.8 years. The number of Glaucoma cases in 2020 worldwide was approximately 80 million and the projection for 2040 is approximately 111 million worldwide. Glaucoma is not curable, and vision loss cannot be regained. Glaucoma is a group of eye conditions that damage the optic nerve which is vital for good vision due to the abnormally high pressure that causes eye damage. This damage to the optic nerve is one of the leading causes of blindness for people aged 60 and over. If left untreated Glaucoma can cause blindness. Sadly, there are approximately 10% of people with glaucoma that receive proper treatment still experience loss of vision.

Usually, there are no warning signs for many forms of glaucoma. The effect is so gradual that you may not notice a change in vision until the condition is at an advanced stage, and the CDC believes that there are three million Americans that have Glaucoma. One study showed that 29.8% of patients with glaucoma died within 10 years of diagnosis; most as a consequence of vascular disease. Green is the color for Glaucoma Awareness Month. In our first article for January 2023, we briefly spoke about Glaucoma. In this article, we will provide more insights into this important topic which is Glaucoma Awareness Month, January 2023.

Green Tea has polyphenols, which are antioxidants that can help protect against and repair cell damage. Researchers have shown that a cup of hot tea daily may reduce glaucoma risk.  Also, a diet rich in fruits, vegetables, whole grains, and fish has been shown to help lower blood pressure, therefore reducing the risk of glaucoma. Foods with high trans fats, and products with hydrogenated or partially hydrogenated oils, have been proven to cause damage to the optic nerve which is a leading cause of blindness.  Fried foods, baked goods, and any saturated foods that include red meat, beef, lard, shortening, and oils can also worsen glaucoma.

Topical medications are the go-to first-line treatment for glaucoma among optometrists and ophthalmologists, for both optometrists and ophthalmologists. SALT (Short-Term Anti-inflammatory Treatments) is the most popular second-line treatment for glaucoma. Prescription eye drops are used frequently for treatment. The eye drops lower the pressure in your eye and prevents damage to the optic nerve. Also, doctors can use laser treatment to lower your eye pressure and to help the fluid drain out of your eye.

Today there is no cure for glaucoma. It is important that you contact us immediately if you experience Glaucoma symptoms.   Groups most affected are African Americans over age 40, all people over age 60, people with a family history of glaucoma, and people who have diabetes. Early diagnosis and treatment can control the disease before vision loss or blindness occurs.

We are open, seeing patients, and following CDC guidelines. Learn more about our safety protocols.